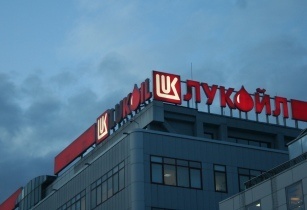 Russian oil giant Lukoil is considering undertaking a massive expansion in the Middle East region in the coming years as part of the company’s global development strategy, which involves increasing its foreign production of oil and gas by two and a half times its current level, writes Eugene Gerden

Despite the fact that most of the company’s strategic assets are located in Russia, in recent years Lukoil has started to pay much more attention to its overseas expansion. Among the reasons for this is the high level of competition in Russia, limited access to promising new resources and a high fiscal burden.

In addition, in recent years the company has been faced with the problem of rapidly falling production in the domestic market, despite the fact that it utilises horizontal drilling technology, which reduces the cost of production and increases well flow rates by three to four times, as well increasing the rate of recovery from oil fields.

According to research conducted by the company, the conditions of production and development – as well as the geographical position of some of its foreign projects – are associated with lower production and transport costs when compared to its domestic projects.

Kuzyayev predicts that the share of international projects in the total production of Lukoil during the next five to seven years will grow to 20-25 per cent, with the Middle East region expected to be one of the main drivers of the company’s foreign development in the coming years.

The rest of this article will be available to read in Oil Review Middle East - Issue 5. To subscribe to the magazine click here