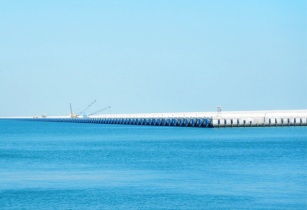 The port is situated on the southeastern seaboard of the sultanate.

Omar Ahmed Salim Qatan, CEO of OOMCO, said, “We are in the process of negotiations to acquire a footprint in Duqm by establishing a terminal and bunkering services. We hope to conclude negotiations in 2014. We have our master plan and are in liaison with the Duqm port authority, but it is too early to give a timeframe as the process is still on.”

In 2010, OOMCO was awarded a marine fuel bunker licence by Sohar Industrial Port Company (SIPC) for the establishment of fuelling operations in the Port of Sohar.

The licence, in partnership with Germany’s Matrix Marine Holding GmBH, is for the supply of marine fuels of various grades, including marine fuel oil, marine gas oil and marine lubricants to local and international vessels present at the port’s terminals.