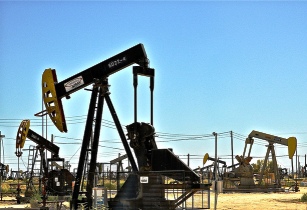 The Iraqi federal government also wants to also restart negotiation with ONGC Videsh Limited (OVL) on the long-pending contract for its oil Block 8, the minister added.

Block 8 is located in the western desert in southern Iraq and bordering Saudi Arabia and Kuwait and is currently estimated to hold 645mn barrels of oil in-place reserves, of which 54mn are recoverable.

Iraqi officials said the contract for all the four blocks would be a service contract wherein OVL will be paid a fixed per barrel fee for exploration and production.

Moily added that Iraq also agreed to consider investment in the upcoming 42.4mn cubic metres a year oil refinery of IOC at Paradip in Odisha.

“Iraq also expressed interest in the proposal of IOC for participation in a refinery project in Iraq,” the minister said, adding, that the OPEC producer was also open to consider more favourable commercial terms, including extending the interest free credit period from 30 to 60 days.

According to data available, Iraq supplied 68mn cubic metres of crude oil to India in 2012-13.

Recently, India had announced that it will build refineries and petrochemical plants in Iraq and that was keen to source LNG from the country.

India to take on oil and gas projects in Iraq