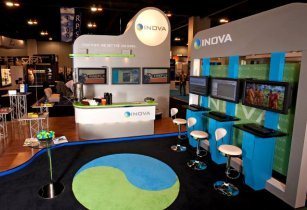 Tom Walsh has taken charge of developing Middle East business for the land geophysical technology provider, while James Fox has been given responsibilities that include expanding INOVA presence and building relationships with customers in the Africa region.

Before joining INOVA, Tom Walsh worked with EMC's Oil and Gas global business development team and has formed strategic relationships with many of EMC's upstream customers and partners throughout Europe, the Middle East and Africa. Walsh will now look forward to developing new business relationships in the Middle East as well as supporting INOVA’s existing customer base in the region.

James Fox joined the INOVA sales organisation in early 2013, having previously worked at in Asia and the UK for US software companies servicing the oil and gas industry. Fox will now focus on developing new business relationships as well as supporting INOVA’s existing customer base in the African region. INOVA has been increasing its presence in Africa with dedicated staff, frequent visits and travel throughout the continent to meet clients and support their expansion efforts.

INOVA has also announced that registration has opened for its annual Middle East Technical Seminar, which will be held on 5 December 2013 in Dubai.

Last year's event attracted more than 40 participants and topics covered a wide range of onshore seismic topics from Vibroseis Testing methods, to Broadband Land Seismic. The firm has encouraged early registration and advised interested parties to contact: This email address is being protected from spambots. You need JavaScript enabled to view it.