BP to invest US$2.85 billion in Iraq’s Rumaila oilfield 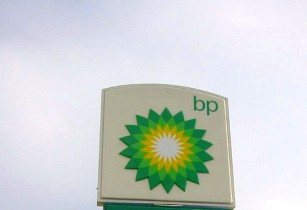 BP has said it will invest US$2.85bn in the development of Iraq’s Rumaila oilfield in 2013, up from US$2.2bn in 2012, a joint management committee for the field announced

Deemed as Iraq’s most prolific oilfield, Rumaila is considered vital for the country to raise oil exports to six million bpd by 2017, industry sources said.

The field, which BP operates in partnership with China National Petroleum Corporation (CNPC), has estimated reserves of around 17bn barrels and produces the bulk of Iraq’s total output of more than three million bpd.

Salah Mohammad, head of the joint management committee of Rumaila oilfield, said that production from the field would rise to 1.45mn bpd by the end of 2013, up from nearly 1.4mn bpd.

“The approved budget for Rumaila development plan in 2013 will be US$2.85bn,” he added.

Under the 2013 development plan, BP plans to issue three tenders for the drilling of 150 new oil wells in the second half of 2013, with each tender covering 50 wells, Reuters reported.

Mohammad said, “We have plans to drill new 300 oil wells in Rumaila over the next five years.”

BP has already invited engineering companies to build a 300,000 bpd production facility and more than 20 firms are competing for the project. A decision is expected in early 2014, company sources said.

The country is said to have world’s fourth-largest oil reserves.