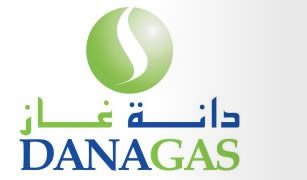 DANA GAS IS moving ahead with plans for the exploration and development of the Western Offshore concession in Sharjah. This follows the signing of a 25-year concession agreement between Dana Gas and the gov

ernment of Sharjah in March 2008, giving the firm a 50 per cent working interest in the project. The agreement covers a total offshore area of over 1,000 sq km and includes the Zora gas field in Sharjah. Under the agreement, the work program carried out by Dana Gas will include the drilling of 914 m of horizontal section in each of the two wells originally drilled by Crescent Petroleum, testing and completing both wells, the installation of offshore platform for immediate processing and production, and the transportation of the processed gas via 25 km of offshore pipeline. The agreement also provides for important exploration works within the concession area, including geological evaluation studies, followed by seismic surveys and the drilling of exploration wells.

According to Ahmed Rashid Al Arbeed, executive director of upstream at Dana Gas, preparations for work on the concession area are well underway and reservoir-related studies on the Zora gas field have already been carried out. "We have retained the services of world-class reservoir specialists to conduct further detailed studies on the potential of the field, and generate the optimum development options," he said.

"We are in the process of placing orders for the equipment and materials necessary for the pipeline and production facilities, and are currently involved in negotiations with three major offshore rig contractors to supply a jackup rig that will be used for tie-back, horizontal drilling, testing, and completion of the two wells." The company is currently finalising selection of a major construction yard for fabrication of the wellhead platform jacket. The budgeted costs of the development phase of the Zora field are estimated at US$70mn, while costs for further exploration studies and work on one well are estimated at US$65mn from 2010 onwards.