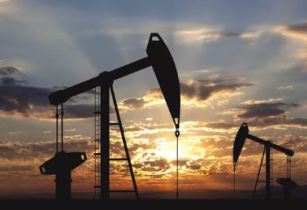 AIM-listed United Oil & Gas has stated that the Al Jahraa-8 (AJ-8) development well in the Abu Sennan concession, onshore Egypt will be brought onto production from the Lower Bahriya reservoir in the coming days

Speaking about this update, United's CEO Brian Larkin commented, “With more than 40m of net pay previously reported, the AJ-8 well was expected to flow at good rates, but it is great to have our expectations exceeded with these encouraging initial test rates recorded from the Lower Bahariya.

“We will now work with our partners to bring the well on stream in the coming days, at a rate which will maximise the long-term production and contribute to our low cost production base.  We will move ahead to spud the ASX-1X exploration well, the next step in our plans to further realise the value of this exceptional licence.”

After completing the AJ-8 well, the EDC-50 rig will move approximately seven kilometres to the north of the Al Jahraa field to drill the ASX-1X exploration well, which is expected to spud in the coming days.

This is expected to be the final well of the 2021 campaign, with longer-term plans for unlocking the additional potential that exists in the Abu Sennan licence currently under discussion.