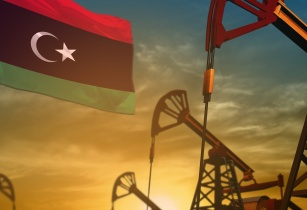 Recep Tayyip Erdoğan, the President of Turkey, has signed a memorandum of understanding with Abdul Hamid Dbeibah, Prime Minister of the Tripoli-based Government of National Unity to explore the latter’s oil and gas resources

The memorandum reads that both parties have a 'shared interest in ensuring exploration and development of, and increasing production of hydrocarbons of both countries'. The deal also includes a provision whereby Libya’s state-owned National Oil Corporation will allow Turkish upstream company Turkiye Petrolleri Anonim Ortakligi to participate in onshore and offshore projects in the North African country.

The foreign minister of Turkey, Mevlüt Çavuşoğlu, told the media, “First of all, the Hydrocarbon Agreement that we just signed aims to allow cooperation between Turkish companies and Libyan companies…in exploration and drilling with a ‘win-win’ understanding in our maritime jurisdictions both on land and at sea”.

The agreement, however, stands on edge as the Tobruk-based House of Representatives refuses to recognise its validity. “Dbeibah has no right to sign deals with foreign powers,” said Fathi Bashagha, who heads the Government of National Stability, appointed by the House of Representatives. Libya’s politics continues to be marred by volatility since the second Libyan civil war. And the deal can only take effect after the two sides notify each other of the completion of relevant domestic legal procedures.

According to analysts, the current crude production of Libya stands at a recovered rate of around 1.1 - 1.2mn bpd.

The deal also sent ripples across countries sharing the Mediterranean waters. Egypt reiterated Bashagha’s view that Dbeibah’s government is not authorised to close international agreements. Greece, which is a member of the East Mediterranean Gas Forum, alongside Egypt and Cyprus, visited Cairo to strengthen cooperation on the matter.