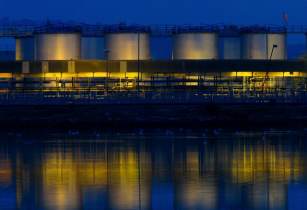 The UK-headquartered firm said it had signed the deal with the Oman Tank Terminal Company (OTTCO), a joint venture between Oman Oil Company, which owns 90 per cent stake, and its downstream investment subsidiary Takamul Investment Company, holding 10 per cent stake.

According to OTTCO, the award was key step in the Omani government’s efforts to establish one of the world’s largest crude oil storage terminals. After completion, the facility is expected to hold around 200mn barrels of crude oil. Additionally, the facility would be the second export terminal in the sultanate after the one at Mina al Fahal in Muscat.

Amec Foster Wheeler Group president for Asia, Middle East, Africa and Southern Europe Roberto Penno said, “We have an excellent and long-standing reputation in Oman and are already working on other key investments in the country. We are delighted to be part of this strategic project.”

The targeted capacity during Phase 1 of the project would be around 25mn barrels, which is slated to come on-stream by the end of 2018, the Omani company added.