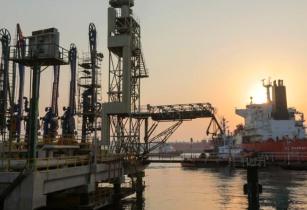 Saudi Aramco and the Institute of Energy Economics, Japan (IEEJ), in partnership with SABIC, have demonstrated the production and shipment of blue ammonia from Saudi Arabia to Japan with support from the Japanese Ministry of Economy, Trade and Industry

According to Saudi Aramco, 40 tons of high-grade blue ammonia have already been dispatched to Japan for use in zero-carbon power generation.

The announcement comes amid growing appreciation of the role hydrogen will play in the global energy system. The Saudi-Japan blue ammonia supply network demonstration spanned the full value chain; including the conversion of hydrocarbons to hydrogen and then to ammonia, as well as the capture of associated carbon dioxide (CO2) emissions.

It overcame challenges associated with the shipping of blue ammonia to Japan for use in power plants, with 30 tons of CO2 captured during the process designated for use in methanol production at SABIC’s Ibn-Sina facility and another 20 tons of captured CO2 being used for Enhanced Oil Recovery at Aramco’s Uthmaniyah field.

Ahmad O Al-Khowaiter, Saudi Aramco’s chief technology officer, said, “The use of hydrogen is expected to grow in the global energy system, and this world’s first demonstration represents an exciting opportunity for Aramco to showcase the potential of hydrocarbons as a reliable and affordable source of low-carbon hydrogen and ammonia. This milestone also highlights a successful transnational, multi-industry partnership between Saudi Arabia and Japan.”

Toyoda Masakazu, chairman and CEO of IEEJ, added, “Blue ammonia is critical to Japan’s zero-carbon emission ambitions to sustain the balance between the environment and the economy. About 10% of power in Japan can be generated by 30 million tons of blue ammonia. We can start with co-firing blue ammonia in existing power stations, eventually transitioning to single firing with 100% blue ammonia. There are nations such as Japan which cannot necessarily utilize Carbon Capture and Storage (CCS) or EOR due to their geological conditions. The carbon neutral blue ammonia/hydrogen will help overcome this regional disadvantage.”

Dr Fahad Al-Sherehy, vice-president of energy efficiency and carbon management at SABIC, commented, “At SABIC, we can economically leverage our existing infrastructure for hydrogen and ammonia production with CO2 capture. Our experience in the full supply chain along with integrated petrochemicals facilities will play an important role in providing blue ammonia to the world.”