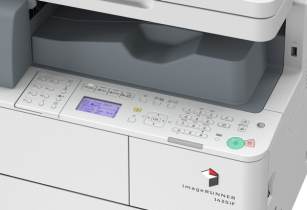 The two new MFDs, imageRunner 1435i and imageRunner 1435iF, are both compact A4 black and white machines and combine the core functionalities of print, copy, scan, send and fax in a single device. According to a company statement, the MFDs also incorporate features aimed at addressing the document and cost challenges faced by small workgroups.

The machines can handle peak workloads of up to 60,000 pages a month with speeds of up to 35 pages per minute. The MFDs come with a separate toner and a user-replaceable drum in order to reduce waste and achieve greater efficiencies in printing.

To optimise workflow, the devices allow users to capture paper documents into searchable digital formats. User can also send data directly from the MFDs to a range of destinations, thereby removing the need for any PC-based processing.

Newly added native support for industry standards such as printer control language and Genuine Adobe PostScript 3TM allows the devices to be integrated with the various IT environments without complication, it stated.

Both the printers are Energy Star certified and feature class-leading TEC ratings.