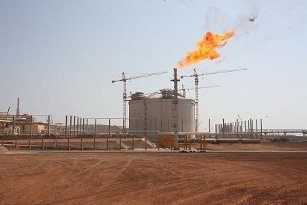 Yemen LNG, a Total-led liquefied natural gas (LNG) operation in Yemen, stated its output would reach full capacity in the next six months.

Jean-Pierre Cave, commercial and shipping manager at Yemen LNG, said that it shipped its 100th cargo at the end of March and that the company does not expect recent protests in the country to affect its production plans, reported Reuters.

Yemen is a small non-OPEC oil producer that produces around 290,000 barrels of crude oil per day. But any possible disruption to LNG exports would be minimal according to Samuel Ciszuk, IHS Senior

Middle East Energy analyst: "the eventual stoppage of LNG exports should not upset the otherwise rather saturated gas market, although its sales to East Asia might inconvenience supplies there somewhat in the wake of the recent Japanese earthquake and shutting down of a large number of nuclear reactor."

Cave said Yemen LNG is currently at 95 per cent of capacity. The US$4.5 billion Yemen LNG project has two production trains with a combined capacity of 6.7 million tonnes per year and is the largest-ever industrial project in the country.

A combined of 20 per cent stake is owned by three Korean firms including state-run Korea Gas Corp. South Korea is the world's No.2 LNG buyer after Japan.

Overall Yemen LNG sales to Asia in 2011 should rise to 57 cargoes from 43 cargoes last year with 44 going to South Korea.

He said Yemen LNG supplied 5.6 percent of South Korea's LNG imports in 2010 under a mixture of longterm and mid-term deals.