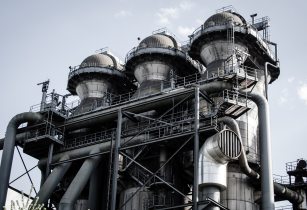 Algeria’s energy giant Sonatrach and Italian multinational oil and gas company Eni have confirmed the intention to accelerate the development of new oil and gas projects in North Berkine basin in Algeria, which will lead to a significant increase in national production

Sonatrach and Eni CEOs, Rachid Hachichi and Claudio Descalzi, met in Algiers to review the progress made on the activities taking place in the country.

The project is composed of two phases: the first, related to oil development, has seen the start-up last May, just three months after the entry into force of the farm-in agreement on the block; the second one, related to gas development, will see the start-up for the end of September 2019 after the completion of the BRN-MLE pipeline.

The project is an example of ‘fast track’ arising from a joined effort of Sonatrach and Eni, based on the shared strategy for an accelerated time to market as well as on the availability and know-how of Sonatrach’s contractor companies called to work on the project for their advanced technology and methodological approach which employs streamlined procedures that allows for fast operations.

The first phase of the oil project in North Berkine will reach a plateau production of 10.000 gross bbl for the end July 2019, while the development of the gas project will reach an incremental production of six million cu/m and 7000 bbl of associated liquid by the end of the year.