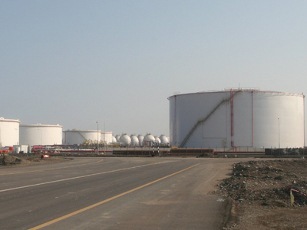 Oman Gas Company (OGC) will commission studies to investigate the possibility of extracting liquefied petroleum gas (LPG) and commercially valuable condensates from its gas network in the south of the country.

As a first step, state-owned OGC plans to appoint a qualified engineering consultant to undertake a 'conceptual study' that explores the feasibility of LPG/condensate extraction and to conceptualise its eventual implementation, reports Oman Daily Observer.

The move is aimed at maximising revenues to the government by extracting commercially valuable ingredients from natural gas before it reaches consumers downstream.

LPG (comprising propane and butane) is primarily used as a cooking fuel, as well as an industrial heating fuel, while condensates typically yield high-value derivatives like ethane, ethylene.

OGC oversees and operates the country's 2,500-km long Government Gas System. The pipeline network, together with ancillary facilities, is spread across the length and breadth of the country, extending from Fahud, Sohar and Muscat in the north, and from Saih Rawl to Salalah in the south.

An earlier feasibility study identified significant potential for extracting LPG and other condensates from the Government Gas System. In particular, the southern section of the grid was seen as ideal for the potential establishment of LPG extraction facilities.

A number of local and international engineering consultants are bidding for a contract to undertake the 'concept study' on behalf of OGC. A contract award is expected to be announced before the end of this year.

According to officials, the concept study will primarily focus on OGC's Salalah Gas System comprising of 24-inch and 32-inch gas pipeline infrastructure which transports gas from central Oman to Salalah.

The southern grid is supplied by natural gas, primarily from the Central Processing Plant at Saih Rawl, and supplemented with volumes from the Abu Tubul (OOCEP), Khazan and Makarem (BP) and Rabab fields (Petroleum Development Oman). Supplies from the northern grid come via PDO's interlink compressor.

Also as part of its brief, the selected firm will evaluate options and available technologies for the extraction of LPG, natural gas liquids (NGLs), C2+ and other condensates from natural gas supplies.