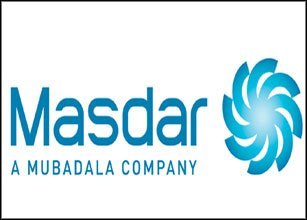 The registration implies that Masdar and GASCO will be able to monetise Certified Emission Reductions (CERs) and generate revenues from this project as early as next year and throughout the next 10 years according to the project’s crediting period.

The retrofit project for saving fuel gas is expected to generate approximately 7,770 CERs per year. One CER equates to one tonne of carbon dioxide equivalent.

Located at the Asab and Bab gas processing plants in Abu Dhabi, the energy efficiency project has become the fifth CDM project in the UAE to be registered under the Kyoto Protocol. This is also the first ADNOC Group Company registered project and the first project to adopt the CDM methodology “AMS II-D” of the United Nations Framework Convention on Climate Change (UNFCCC) in the oil and gas sector of the MENA region.

The UNFCCC-approved “AMS II-D” methodology refers to a set of guidelines that a CDM project needs to comply with to ensure that energy efficiency and fuel switching measures are undertaken at industrial facilities.

Badar Al Lamki, Associate Director of Masdar Carbon, said: “The GASCO CDM project helps to reduce CO2 emissions through installation of a device in the flare line to considerably reduce the consumption of fuel gas, thereby ensuring lower greenhouse gas emissions. The project contributes to Abu Dhabi’s and ADNOC’s goals for sustainable development while improving air quality in the region."

Abdulla Al Minhali, Senior Vice-President (Technical), GASCO, said: “The registration demonstrates the huge potential for CDM in Abu Dhabi and the UAE for small scale projects, especially in the fuel gas saving and the energy efficiency sectors. Abu Dhabi so far has registered five projects but the emirate’s industry base and energy consumption rate offer many opportunities for CDM investors. Moreover, with the expected growth in energy demand in the UAE, it is likely that more CDM projects will be implemented to shift the country’s industries to using natural gas.”

Masdar Carbon and GASCO collaborated closely to retrofit the existing flare header with velocity seals to reduce fuel gas consumption without compromising the operation and safety of the plant. As a result, the new velocity seals have been operating for over six months consuming less natural gas in the flare header and resulting in lower GHG emissions.