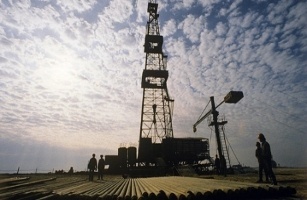 Kazakhstan's Kazmunaigaz Exploration Production (KMG EP) announced that it had withdrawn from its participation in the Akkas Field Development contract in Western Iraq.

KMG EP had won the tender last year in a joint venture with South Korea's KOGAS in Iraq's first gas-focused licensing round which took place in 2010.

The company put its decision down to the failure in finalising an agreement with the Iraqi government.

KMG EP stated: "Unfortunately, the talks have failed to resolve all issues which emerged at a late stage and it has not been possible to develop a consensus document that would fully meet the interests of all parties," reported Reuters.

KMG EP emphasised that it still believed Iraq to be an attractive area for investment and revealed that the company had not incurred any substantial losses, as serious investment had yet to properly start.

KMG EP decision to pull out could have significant repercussions for Iraq's gas strategy. As IHS Senior Middle East Energy analyst Samuel Ciszuk noted: "KMG EP's withdrawal will significantly dent Iraq's plans and delay the power recovery of Anbar, even if partner KOGAS does decide to go it alone or find a new partner.

Ciszuk added: "For Iraq, the failure of Akkas's progress will mean that one of its more geographically isolated region will lack the only linchpin of its gas strategy while there will also be few chances to start exports anytime soon unless domestic opinion against them can be overcome."