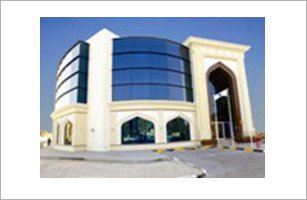 Both the projects are at Ras Laffan, one for JGC and the other for Nakilat, and are involved in Qatar's ongoing development of the huge natural gas reserves in the North Field, the world's largest single deposit, located some 40 miles offshore.

JGC is building the gas-processing facilities for the major Barzan onshore project, which is managed by RasGas.

GCC will construct office and administration buildings and associated infrastructure for JGC, and will provide temporary accommodation, in two projects worth approximately US$90.7mn together.

The Barzan facility is being completed in three phases, the first of which is due to come on stream in 2014. It will process 1.4 billion cubic feet of gas a day which, together with the facility's other petrochemical products, will be equivalent to a daily output of more than 300,000 barrels of oil.

For Nakilat, GCC has been awarded work worth around US$16.2mn as part of the continuing development of the dry docks and associated marine support infrastructure for Nakilat's LNG tanker fleet. This will include sub-structure work and the construction of a substation, a production-support facility and storage.

"These projects demonstrate that, for companies which have the necessary experience and local knowledge, Qatar continues to be at the forefront of growth in the Middle East," said Adrian Ringrose, Chief Executive of Interserve.

"This latest contract with Nakilat represents the continuation of a successful relationship that stretches over several years, and brings the total value of work we shall have undertaken on its behalf to nearly US$162.8mn," Ringrose added.