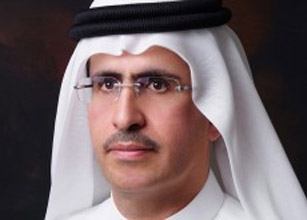 Dubai will launch a gas strategy next year aimed at reducing rising energy demand in the emirate and will tender to appoint a specialist consultant for the plan by year-end, the emirate's top energy council said.

Dubai's Integrated Gas Strategy 2030 will start in Q2 of 2012, and “deals with pipelines of liquefied and natural gas combined with underground storage,” Saeed Mohammed Al-Tayer, vice chairman of Dubai’s Supreme Council of Energy (SCE) said in a statement.

The plan is part of Dubai’s Integrated Energy Strategy 2030 which aims to reduce energy demand and carbon dioxide emissions to 30 per cent by 2030. "This plan aims to apply all possible means so as to meet the increasing demand for energy," Al Tayer added.

The SCE is responsible for ensuring energy supplies in the emirate where increasing demand for cooling and desalinated water are major drivers for rapidly rising electricity use.

Dubai is home to nearly two million people and used around 33,000 gigawatt hours (GWh) of electricity in 2010.

Al-Tayer, who is also chief executive of Dubai Electricity and Water Authority (DEWA), said in June demand could increase by seven percent this year.

Rising demand for electricity in Dubai, where soaring summer temperatures drive up air conditioning use, has forced the emirate to buy more natural gas on an increasingly tight global market to feed its power stations.

The UAE, which has seven percent of the world’s known oil reserves, is one of the highest per capita of consumers of water and electricity in the world.

Power demand in the Gulf region is rising rapidly as economies and populations boom, forcing governments to diversify their energy mix to secure supplies. Power peak load in Dubai increased 9.6 per cent year on year in Dubai in 2010, while water demand rose 4.4 per cent last year versus 2009.