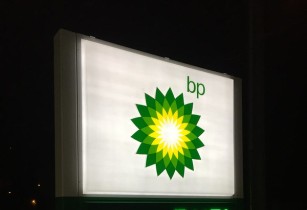 BP Oman Chairman Yousef bin Mohammed al-Ojaili said in a statement to Oman News Agency (ONA), that gas production from the company’s Khazzan gas project now stands at one bcf per day and will rise to 1.5 bcf per day.

The company also produces 35,000 bbl of condensates per day and this rate is set to double as Ghazeer gas project starts production, he added.

Al-Ojaili pointed out that, so far, the company has made investments worth US$9.3bn from target investments of US$16bn planned for Block (61), which houses projects in Khazzan and Ghazeer.

He reaffirmed that BP Oman plans to develop its business in Block 61 (fields of Khazzan and Ghazeer) towards the production of 10.5 tcf from renewable gas resources. He noted that the company's gas will significantly enhance the stability of supplies from local resources.

In 2016, BP and Oman Oil Company Exploration & Production signed a revised petroleum agreement with the Ministry of Oil and Gas to expand the concession area for the Khazzan project in Block 61 to ensure well-controlled quotas for the development of Khazzan gas project.

He explained that the expansion will extend the concession area of Block 61 south and west by about 1,000 sq km to be added to the existing area of around 2,700 sq km of the project, as per the agreement.

The expansion will allow BP to start the second phase of field development to obtain additional gas resources in the area demarcated during exploratory drilling operations.