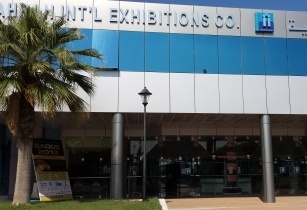 The organisers of the fifth edition of the Saudi Arabia International Oil & Gas Exhibition (SAOGE) have said the event attracted 7,975 visitors, with delegates and exhibitors hailing from 25 countries

Prince Jalawi Bin Abdulaziz Bin Mosaad met with a number of the major companies as he took an official tour of the event, during which he presented awards to event sponsors HP, Al Futtaim Auto & Machinery (FAMCO) and Draeger.

Piero Zipoli, president of SAOGE organisers IES Srl, said, “In its fifth year the Saudi Arabia International Oil and Gas Exhibition established itself as the must-attend oil and gas event in the region.

"The three-day event was designed to bring together leading lights of the industry and provide attendees with the opportunity to build business relationships, hear about the very latest technical developments and discover new opportunities."

The event featured a VIP Gala Dinner, which was hosted by IES Srl at the Sheraton Hotel in Dammam, and included an awards ceremony for the 'Best Exhibition Stands'. The SAOGE Student Programme, which supports the Kingdom’s Saudisation plan, also returned for its fourth year. The programme aims to boost the number of Saudi Arabians working in the oil and gas sector by encouraging and developing local students who are given direct access to key industry leaders and experts.