Restrata, a technology and services company focused on security, safety and emergency response solutions, is showcasing its flagship personnel safety and security tool, the Restrata Platform, at this year’s ADIPEC in Abu Dhabi 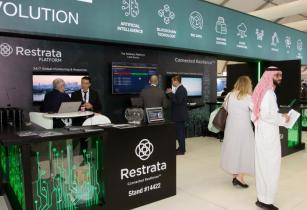 Restrata aims for further growth in the region following a successful roll-out of its equipment in the North Sea. (Image source: Restrata)

The technology, which provides real-time tracking of people and assets anywhere in the world, has been adopted by operators in the UK, and the company is expecting further business in several Middle East locations including Iraq, Saudi Arabia and Abu Dhabi itself.

Restrata, which has offices in Dubai, is aiming for further growth in the region following the successful roll-out of its equipment in the North Sea. Having first been pioneered in the UAE and Iraq by a major operator and successfully adopted in the UK, the technology is at the front-end of digitising safety across the industry, including in the oil and gas sector.

Restrata CEO Botan Osman said, “The safety of people and assets is something that should be at the heart of any business, and the Restrata Platform can give organisations that peace of mind they yearn for in the current climate.

“While clearly concerning for everyone involved, recent events in the Middle East and elsewhere in the world have reaffirmed the value of digital technology to the safety and security of the oil and gas industry. Our software enables companies to efficiently manage any incident in real-time, meaning teams onshore and offshore can ensure the safety of those involved as quickly as possible.

“Having already seen the technology successfully adopted in the North Sea, we are in discussions with several companies across multiple locations in the Middle East who are keen to adopt the Restrata Platform, and we will hopefully be in a position to confirm those deals soon.

“We initially developed the Restrata Platform for operators here in the region, and are looking forward to bringing it home and demonstrating the enormous difference it can make to operators and their people.”

Stand 14422 in the Digitalisation Zone.