Oil and gas to supply most global energy demand in 2040 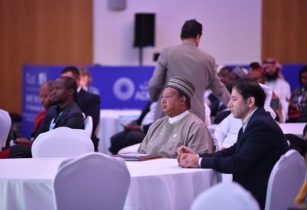 Presenting data from the 2019 OPEC World Oil Outlook, Barkindo said the organisation’s analysis predicted a 25 per cent increase in total primary energy demand worldwide between 2018 and 2040, with oil and gas expected to meet most of this demand.

He said growth would be driven by rising demand in developing countries, where almost one billion people still lacked access to electricity and three billion had no access to clean fuels for cooking.

“All forms of energy will be required to meet this expanded demand in a sustainable way,” Barkindo said during his presentation. “Renewables are contributing the largest growth in percentage terms, including significant expansion in investment in OPEC member countries, particularly here in the UAE. Natural gas has the largest growth in terms of replacing coal (for electricity generation), and oil retains its role with the largest share in the energy mix.

“Oil and gas combined are still expected to make up more than 50 per cent of the energy mix in 2040.”

He said the proportion of demand coming from China, India and other emerging markets would continue to grow, particularly from Asia-Pacific markets. Non-OECD demand would increase by 21.4 mmbbl per day by 2040, compared with 2018 figures, while the OECD was expected to reduce by 9.6 mmbbl per day. Total oil demand was expected to reach 110.6 mmbbl, with an estimated US$10.6 trillion of investment needed across the upstream, midstream and downstream sectors.

However, he noted that it was important that growth is achieved within the context of reducing carbon emissions and – and that new technologies must be developed to ensure the industry could contribute to economic growth, while also helping limit climate change.