The Abu Dhabi National Oil Company (ADNOC) in collaboration with France’s Total, is to deploy drones and unmanned vehicles to collect 3D seismic data as it expands its search for new oil and gas resources throughout the region 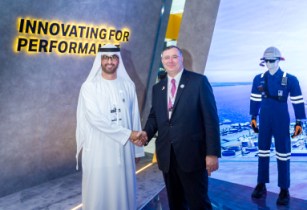 It will be the first time that the technology has been used in the region to deploy seismic sensors in the search for new oil and gas resources, according to ADNOC.

Following successful trials of METIS conducted by Total in 2017 in Papua New Guinea, this new pilot project will be undertaken by ADNOC Onshore to test the versatility and upscaling ability of the system in a 36 sq km desert environment.

Dr Alan Nelson, chief technology officer at ADNOC, said, “METIS is a ground-breaking automated technology with the potential to conduct seismic surveys in harsh environments, such as the desert, which are tough on people and equipment.”

Khadija Al Daghar, vice-president Research and Technology Development at ADNOC, commented, “The ultimate purpose of this collaboration is to be able to jointly develop a safer, faster, more efficient and cost-effective acquisition system to acquire 3D and 4D high-resolution seismic images of the subsurface.”

“This can be processed in real-time to build a clearer understanding of the subsurface, lowering geoscience and drilling uncertainties and optimising field production,” he added.