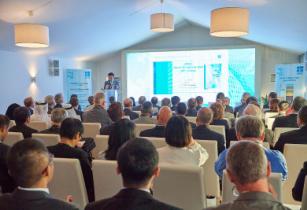 Oil will remain the world’s largest source of energy in the next two decades, despite the increasing importance of renewables, according to OPEC’s 11th edition of the World Oil Outlook, released during ADIPEC 2017

The latest edition of the World Oil Outlook forecasts that oil will supply more than 27 per cent of worldwide energy needs in 2040, with natural gas contributing around 25 per cent.

According to OPEC, to meet this demand an overall investment of around US$10.5 trillion would be required across upstream, midstream and downstream operations.

In his introduction to the report, Mohammad Barkindo, secretary general of OPEC, noted that 2017 shows a more positive outlook than 2016, partly due to oil exporting nations’ efforts to stabilise the market.

“The past year has been an historic one for OPEC and the global oil industry,” Barkindo said. “Since publication of the World Oil Outlook, in early November last year, the oil market has undergone significant change and transition. It has been a period where the rebalancing of the global oil market has gathered vital momentum, buoyed by a number of important factors.”

However, while prospects for the industry are strong, the World Oil Outlook has predicted that demand for oil will grow more slowly than the overall demand for energy. Renewables will see the fastest rate of annual growth, at 6.8 per cent per year, although their overall share of the energy mix is expected to reach 5.4 per cent by 2040 due to lower starting base.

“OPEC is greatly supportive of the ongoing development of renewables and many of our member countries have vast solar and wind resources, with significant investments being made in these areas,” Barkindo added.

First published in 2007, the World Oil Outlook is one of OPEC’s flagship publications. It provides an in-depth review and analysis of the global oil industry, offering a thorough assessment of various trends and challenges in the medium and long-term development of the industry.