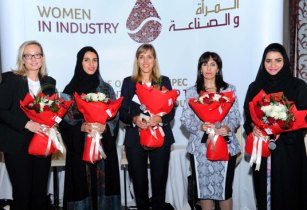 Industry experts have called for a better, more unified effort from the oil and gas sector to encourage women to pursue careers in the industry, following a recent panel discussion in the UAE

The first of this year’s Women in Industry panel discussions, an exclusive series of ADIPEC 2014 Middle East Petroleum Club (MEPC) events, addressed the professional and cultural barriers that prevent women from transitioning from graduate to employee efficiently in the energy sector.

Mariam Al Hendi, Young ADIPEC ambassador and a GASCO mechanical engineer, stated, “Women who are truly interested in engineering should not let anyone force them to change their career paths.”

She added, “People subjecting women to gender profiling must realise half the global population is female, and not harnessing the talents of women because of their gender is not only discriminatory, but also a waste of human resources.”

A study by PricewaterhouseCoopers and in association with the Women’s Oil Council found that, having looked at the world’s 100 largest listed oil and gas companies, 11 per cent of board seats were held by women.

Baker Hughes vice-president of human resources Samar El Mnhrawy said, “Managers must be continuously educated about what is needed to overcome these challenges.

“In addition to mandating that 30 per cent of our field engineers must be women, we [at Baker Hughes] offer female employees a rotation schedule that encourages them to get experience on the field,” Mnhrawy added. “We have yet to fully tap into the potential of this talent pool. However, with these small but imperative steps, we are definitely moving in the right direction.”

The second panel discussion in the Women in Industry series, entitled ‘Achieving CEO or Member of Board status’, is set to take place on 13 October 2014 and will look at those women working in these roles and at influential factors, such as cultural attitudes and male-dominated environments.

Conference director Claire Pallen said, “We are very excited to be hosting an official series of Women in Industry events as part of ADIPEC 2014. We are dedicated to engaging with and creating a community for women working within the oil and gas sector, whether that be engineers, administration personnel, or senior managers.”