Delegates from Mozambique will attend the Abu Dhabi International Petroleum Exhibition and Conference (ADIPEC), that is scheduled to be held 10-13 November 2014 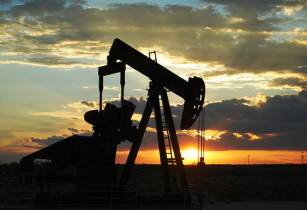 The visitors to ADIPEC 2014 will include a delegation from SOICO, largest private media group in Mozambique, headed by its chairman Daniel David; Salimo Abdula, chairman of Intelec Holdings, a holding company involved in the mining and energy sector; and senior executives from Petromoc, Mozambique’s state-owned distributor of petroleum products.

Daniel David, chairman of SOICO, said, “Mozambique is an emerging economy with significant natural resources potential at a global scale. This will imply a transformation that our country will have to undergo. The UAE and Abu Dhabi, in particular, are a strong reference of such a successful transformation.

“Our delegation is very enthusiastic about learning from this experience, meeting some of the key stakeholders and potentially exploring mutually beneficial opportunities.”

ADIPEC 2014 is expected to also serve as a benchmark event for the planned Mozambique Economic Forum (MOFEZO), David added. MOFEZO is being developed to boost rapid, inclusive and sustainable economic growth in Mozambique. Its objectives include creating a platform for public and private decision makers to identify the main challenges to growth, proposing courses of action to overcome them and monitor the impact of defined lines of action.

“It is at events such as ADIPEC 2014 that that the major challenges in an industry are debated and all viewpoints considered. It is also at such events that important opportunities are shared and new partnerships and deals forged, allowing for the development of the entire sector,” said the SOICO head.

Driven by population growth and continued economic growth, global energy demand is expected to increase by approximately 35 per cent by 2040, according to the latest figures from USA-based ExxonMobil.

Christopher Hudson, senior vice-president, energy at dmg events, said, “We are delighted to have such high-profile visitors from Mozambique at ADIPEC 2014, confirming that this event is an industry leader on a global as well as regional scale.

“As demand for energy increases, the need to look at all possible resources and tap all opportunities also rises. The contribution of emerging markets like Mozambique is only going to become more important going forward.”

Celebrating its 30th anniversary, ADIPEC 2014 will be held under the theme of Challenges and Opportunities for the Next 30 Years.