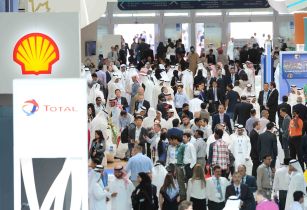 Under the patronage of H.H. Sheikh Khalifa Bin Zayed Al Nahyan, President of the UAE, ADIPEC 2014 marks the 30th anniversary of what is now the largest exhibition for the oil and gas industry in the MENA region.

Ali Khalifa Al Shamsi, ADIPEC 2014 chairman and strategy and coordination director, said, “We [at ADIPEC] have grown from a small exhibition in an emerging energy producer, to one of the world’s top three energy exhibitions.

Bases at Abu Dhabi National Exhibition Centre (ADNEC), ADIPEC 2014 will fall on 10-13 November and is to be the 17th edition of the show, which has been held annually since 2012.

Al Shamsi added, “With Abu Dhabi now one of the world’s leading oil and gas producers, we are dedicated to supporting the next generation of leaders and technologies, driving the UAE further forward to become an innovation hub for energy, and securing the world’s energy supplies for the next 30 years and beyond.”

The choice of theme follows the prediction that global energy consumption will increase by 41 per cent years from 2012 to 2035, according to BP’s ‘Energy Outlook 2035’ report.

Christopher Hudson, senior vice-president of dmg events, said, “ADIPEC 2014 will be the largest and most engaging edition of ADIPEC yet. We’re building on the success of the ADIPEC 2013 Conference, which saw the debut of Young ADIPEC and Women in Industry connect the industry with tomorrow’s leaders, and we’re providing more interactive features and activities.”