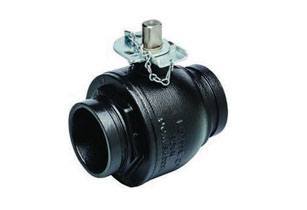 Victaulic, a manufacturer of mechanical pipe-joining systems, will exhibit and demonstrate its range of piping products for the oil, gas and petroleum industry at ADIPEC

The US-based company will also introduce its new Series 727 Ball Valve, which is a high-pressure, enhanced port, NACE-compliant valve with grooved ends for upstream oil applications, at the Abu Dhabi event.

The flow testing demonstrated up to one-third better flow than competitive standard port ball valves and when joined with Victaulic grooved couplings, enables quicker and easier installation and maintenance than flanged valves.

Dan Christian, director of Oil, Gas, Chemical & Power Markets, said, “Over nine decades, Victaulic product durability has been thoroughly tested in the most hostile of environments. The company’s latest valves, couplings and accessories are manufactured to the same rigorous standards as ever, combining innovation with long-term service.”