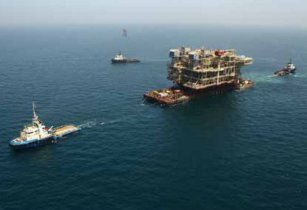 Active across Abu Dhabi’s booming energy sector, these are busy times for Abu Dhabi National Oil Company (ADNOC) and its many subsidiaries

These are exciting times for Abu Dhabi’s oil and gas industry, as key long-term contracts with foreign investors come up for renewal and major upstream oil and gas expansions near completion. None more so than for state-owned ADNOC, which is working on nearly all major industry initiatives across the high-spending emirate.

Established in 1971, ADNOC has 15 subsidiary companies working across all parts of the various fields of the oil, gas, and petrochemicals chain, as well as in crude oil and gas transportation and services. This, of course, means co-ordinating massive spending efforts upstream, with Abu Dhabi targeting to increase its total crude oil production from around three million bpd to 3.5mn by 2017. These plans are already well advanced, not only on key upstream oil and gas projects, but in other important areas too.

Included in the plans was the launch of the flagship Abu Dhabi Crude Oil Pipeline (ADCOP), which opened in June 2012. The pipeline bypasses the congested Strait of Hormuz, through which a large slice of the world’s traded oil passes. This strategic oil pipeline is evidence of Abu Dhabi’s forward-thinking leadership in the energy world; the pipeline is seen as a vital way of safeguarding oil exports from the emirate in case of any disruption to tanker traffic through the Gulf by an increasingly isolated Iran.

The biggest single initiative is the development of the offshore Upper Zakum field, a key part of the emirate’s oil expansion strategy. In September 2012, the Zakum Development Company (Zadco), a unit of ADNOC, awarded one of the key development contracts for the field to a consortium of Technip and the National Petroleum Construction Company (NPCC).

Since 2009, Zadco has implemented a production programme to increase capacity at the Upper Zakum field, from 550,000 bpd to 750,000 bpd, and to tap any undeveloped reservoirs.

The so-called Upper Zakum 750K scheme is huge in ambition and undertaking - as well as cost - and involves more than 240 km of subsea pipelines, ranging from 6 inches to 42 inches, and a further 128 km of subsea composite and fibre-optic cables. It will entail lots of heavy metal too: almost 30,000 tons of offshore structures (jackets, riser platforms, flare towers and bridges), including approximately 3,000 tons of islands, modules and bridges.

The field is located in the Middle East Gulf, roughly 84 km offshore Abu Dhabi, and divided into four artificial production islands (Central, North, South, and West), with processing facilities at the Central Complex.

Another flagship US$10bn upstream project is also coming into focus, this time on the gas side. As well as raising oil production capacity, the emirate is equally keen to bolster local production of gas in order to meet growing internal demand, both from industry and the residential sector.

Al Hosn Gas chief executive Saif Al-Ghafli said that four of the 20 wells needed to process one billion cubic feet a day of high-sulphur, or sour, gas have been drilled, while the facilities and pipelines required on the project are more than 60 per cent complete.

The Shah field is located 210 km southwest of the city of Abu Dhabi. When ready, the scheme will deliver 500mn cubic feet per day of clean gas as well as significant volumes of condensates, natural gas liquids and sulphur.

Its development does however pose a great technical challenge because of the nature of the gas content involved, which is mostly sour or high in hazardous hydrogen sulphide, which must be removed before the fuel can be used.

Al Ghafli said, “As the first ever unconventional development of sour gas resources in the Gulf, Shah represents a new era in regional gas development, and is watched with great interest by the industry.”

“This landmark project, using cutting-edge technology will not only fuel growth, industrial development and employment opportunities, but will also create sustainable wealth for our citizens far into the future,” he added.

ADNOC holds 60 per cent of the project, while Occidental holds the remaining equity.

Other upstream plans are taking shape too, both on the oil side and the gas side. The Shah project is the largest and most advanced, but other sour gas projects being put together in Abu Dhabi include the development of the Bab and Hail fields.

While the emirate has been busy raising gas production to meet local needs, it continues to be a reliable gas exporter too. Another ADNOC unit, Abu Dhabi Gas Liquefaction Company Limited (ADGAS), was the first liquefied natural gas (LNG) export company to be established in the MENA region.

On the oil side, the greatest test facing investors in Abu Dhabi is the shake-up of the onshore concession agreements with ADNOC that have been in place for many years.

International heavyweights such as ExxonMobil, BP, Shell, Total and Portugal’s Partex are key shareholders in the industry, enjoying output from Abu Dhabi’s main onshore fields, under concession agreements that the companies or their forebears have held since 1939.

ADNOC became a partner in the 1970s, forming ADCO, which holds the rights to six main deposits through to 2014, when new deals will be put in place. ADNOC holds 60 per cent, with the foreign partners collectively holding the balance. There is intense competition for a share of these blocks.

The existing foreign partners as well as other producers may participate in bidding for Abu Dhabi’s 1.4mn bpd onshore oil rights as the current contracts expire. The shake up is however expected to result in applications from new investors including large companies from China and India, among others, and change looks to be coming.

Rex Tillerson, the head of ExxonMobil, has acknowledged that he expected Abu Dhabi to alter the terms for the Gulf emirate’s main oil producing concessions when the current agreements expire.

Abu Dhabi holds more than 90 per cent of the crude oil in the UAE, one of the few Middle Eastern states that allow foreign companies to explore for and produce oil within its borders.

Downstream, ADNOC also continues to pour investment into new facilities and in raising the bar in terms of technology and product sophistication. This will put it in a better position to provide more advanced fuels for demanding markets such as western Europe.

The company is looking to offer cleaner diesel for export through its 2013 term contract, making it the first Middle Eastern producer to export ultra-low sulphur diesel outside the region on a term basis, with most of the shipments expected to go to
Europe. While ADNOC has been able to meet summer diesel specifications in Europe, it aims to meet winter specifications by mid-2013.

ADNOC’s plan for regular shipments comes as Europe faces a growing shortfall of diesel and jet fuel because of lower refinery use rates. The Abu Dhabi company plans to offer diesel cargoes with 10 parts-per-million (ppm) sulphur to export customers for term contracts in 2013. It has been offering the cleaner diesel fuel for exports in the spot market since late June 2012. ADNOC had term contracts to export about 600,000 tonnes of gas oil a year with a higher sulphur content of 5,000 ppm until the end of 2011.

It has also taken a more proactive role in the retail market, with ADNOC’s distribution arm taking over fuel stations that were run by fuel retailer Emarat in every emirate in the UAE except for Dubai, according to state news agency WAM.

ADNOC’s large crude oil fields allow it to keep petrol stations going even with fuel prices set at less than US$0.50 a litre. But it is not just about sitting on top of the resources. ADNOC has shown itself adept at managing change and growing with the times. In uncertain oil markets, those are great skills to have.