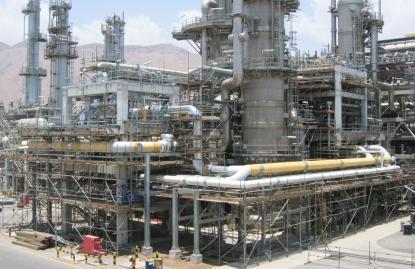 The management, engineering and development consultancy is currently working as project management consultant (PMC) for oil network modifications at Umm Shaif and at the Lower Zakum Field on a series of brown field and green field works to increase the oil production by 100,000 bpd. The consultancy is also involved in modifications to the Upper Zakum field where a gas lifting system is being replaced with an electric hydraulic system that will eliminate the use of H2S (hydrogen sulphide) gas.

In Abu Dhabi fast-growing demand for gas from petrochemicals and aluminium industries has led to shortages. The Emirate reinjects a large amount of natural gas back into wells to repressurise them and to increase oil recovery.

ADCO intends to replace 600mn standard cubic feet per day of gas currently being injected for recovery in South Bu Hasa with nitrogen supplied from Mirfa. Using carbon dioxide in this way will play a part in mitigating greenhouse gas emissions and a pilot project for injection of carbon dioxide we are conducting for ADCO is giving promising results.

Working with GASCO in the Habshan field, Mott MacDonald is providing engineering and procurement services for a new system that will recover gas that would be normally flared during routine shutdown operations.

Mott MacDonald has a well-established presence in the Middle East dating back to the 1960s and will celebrate its 50th anniversary in the UAE next year. The consultancy employs more than 14,000 staff worldwide working across a network of 170 offices in 50 countries. It has an oil, gas and petrochemicals team of more than 1,400 staff.

Among its flagship oil and gas projects in the UAE are the Upper Zakum field development, the Jebel Ali chemical storage facilities and the Inter Refineries Pipelines. Mott MacDonald is the project management consultant for Takreer’s Ruwais refinery expansion, with responsibility for managing three EPC packages: offsite and utilities; tankage; and associated pipe work and marine facilities.

In March 2012 the company received official recognition for its safety record as project management consultant on the Bab Gas Compressor Project. The project achieved 25mn man-hours without lost time injuries, with 5,000 staff working on site at peak.