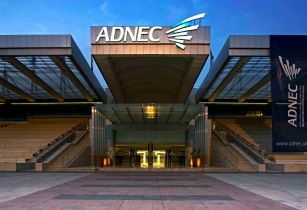 ADIPEC 2012 is expected to be the largest in the event’s history with a record 1,600 companies set to exhibit

The event, which is now in its 15th year, will take place at the Abu Dhabi National Exhibition Centre (ADNEC) from 11-14 November 2012.

Kimon Alexandrou, commercial director of ADIPEC's organisers, dmg::events, said, "Planning for this year's event started as far back as November 2010 – straight after the previous event – and we’re looking forward to a record-breaking 2012 event.

"ADIPEC this year will feature a larger attendance of national and international oil companies than any event in the region, with some of the best-known names in the industry participating.

"The number of international and regional exhibitors participating in the country pavilions has increased significantly, with more companies this year joining from India, Russia, Italy, Korea, UAE, Germany and other countries," he added.

Alexandrou noted that a large number of exhibitors would be at the show looking for opportunities in some of the region's fastest growing markets, including Saudi Arabia, the UAE, Oman, Qatar, Kuwait, Iraq and Bahrain.

ADIPEC 2012 is expected to attract more than 4,000 international delegates and upwards of 45,500 attendees, while 1,600 companies will be exhibiting across 38,000 square metres of exhibition space.

To accommodate the event’s expansion in 2012, a new Outdoor and Offshore exhibition area has been launched, where more than 100 exhibitors will showcase the latest oil and gas machinery and equipment.

With more than 200 speakers, 50 technical sessions, five key panel sessions and two executive sessions, attendees of the ADIPEC 2012 Conference will have the opportunity to hear from, and network with, some of the most influential figures in the industry.

Attracting a record number of paper submissions – 15 per cent more than 2010 at 1,500 – the conference has generated more interest from the international market than ever before and will host speakers from a total of 58 countries.

Abdulkarim Al Mazmi, general manager and chief representative for BP UAE, said, "ADIPEC is one of the biggest energy events in the Middle East and one of the most important oil and gas events globally.

"It has gone from strength to strength over the years to become a major event where high-profile industry delegates, professionals, technocrats, suppliers and service providers meet to discuss the latest developments and technologies in the industry.

"ADIPEC also contributes greatly to the oil and gas industry in the region by allowing people to share knowledge and network," he added.

Innovation in the MENA oil and gas industry will also be recognised at the ADIPEC awards gala ceremony, which will take place on the evening of 11 November 2012.

Hosnia Hashim, deputy managing director of the North Kuwait asset of Kuwait Oil Company (KOC), said, "I look forward to ADIPEC 2012 as I always find at this event an outstanding opportunity to expand my technical knowledge and executive network with the best companies in the world."

To find out more about attending ADIPEC 2012 visit the official event website at http://www.adipec.com/